The development of apps using React Native is quick, budget-friendly, and time-saving. Ever since Facebook came up with React Native, the app developers sensed revolution in the app-building niche. The ease of developing mobile applications that are multi-platforms friendly yet encompasses the look and feel of Native apps, using just a single framework won the votes of the majority and skyrocketed the popularity of React Native.

Having heard so much about React Native, are you wondering about how to convert Native Android and iOS apps into a React Native app? Well, here is your ultimate guide for converting native apps to React Native apps. But before going anywhere, let’s glance at the benefits of choosing the React Native framework.

Looking at the unprecedented growth of React Native as an application developing framework, you can infer that there must be some striking benefits of using the framework, certainly. 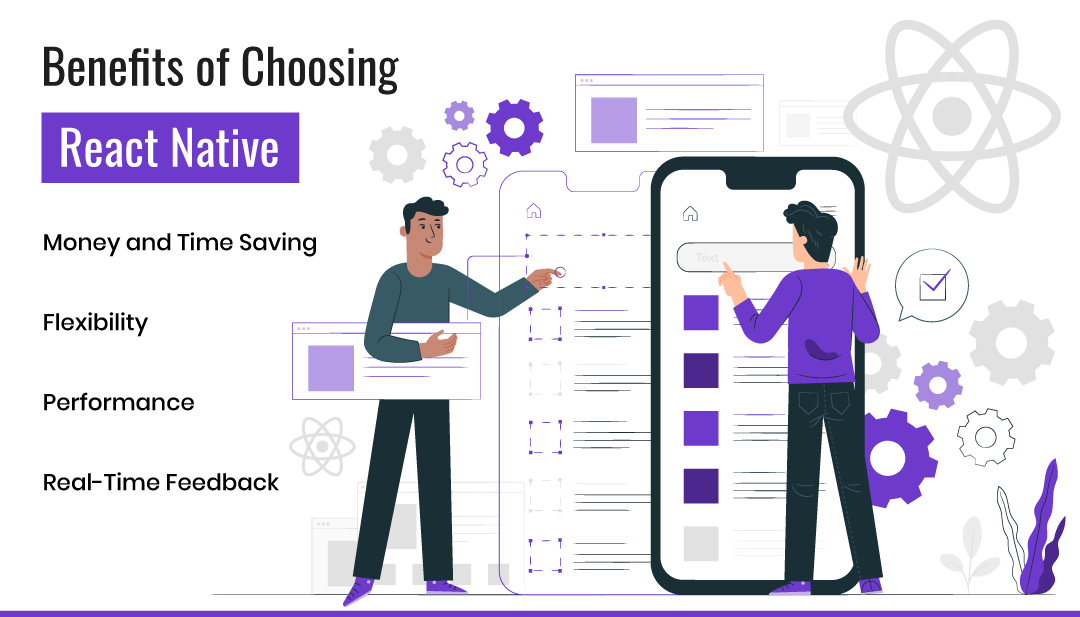 Developers are going gaga behind the React Native framework owing to the benefits of time and money-saving. Considering that the majority of the source code is cross-platform, the developers need to design only a single application that runs wonderfully with both Android and the iOS platforms, saving a lot of time and money.

The flexible React Native interface makes updating and up-gradation easier for the entire team. With such an easy interface, any new developer can pick up the app development from wherever the previous developer had left.

Similar to the Native apps, the React Native apps are fast and well-performing. Designed specifically for iOS and Android, the native apps utilize only the CPU. Whereas, React Native makes use of the Graphics Processing Unit as well.

React Native provides the developers with features like live or hot reloading, enabling them to view the changes they make immediately. The real-time feedback facilitates the developers to create better and flawless mobile applications.

Now that you are aware of the benefits of using React Native. let’s dive into the things that you must consider for converting a Native app into a React Native app. 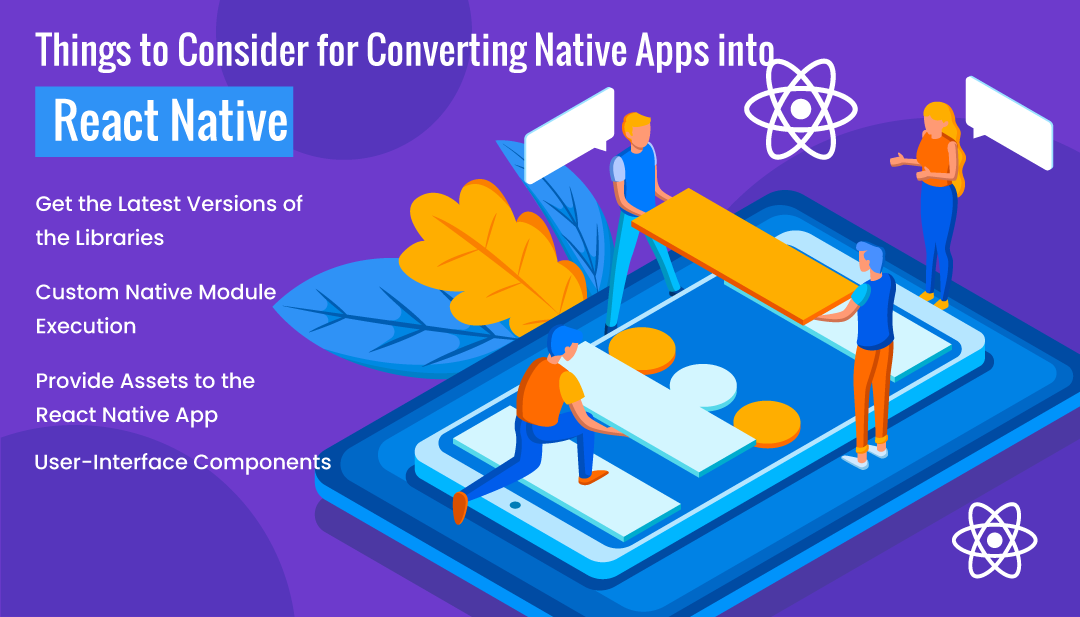 Decluttering the number of lines of code is the best method for converting Native apps to React Native apps. However, if you find that the Native app comprises an extensively large set of code lines, then you must consider beginning afresh and developing an entirely new application in React Native.

Apart from narrowing down on the number of lines of code, you must consider the following points for converting Native apps to React Native apps.

Get the Latest Versions of the Libraries:

During the development of an application using React Native, eye for all the latest libraries, frameworks, and tools.

After creating a module file, get the module registered before using a native module. You need to build another Java class to complete the module creation and registration process. Right after importing the file, import the DevicePackage class to end up the registration.

React Native boasts the feature of reusing the components in any project. Consequently, the developers are freed from the worries of alignment issues while developing cross-platform apps.

Enough of going round and round around the mainframe question. Now is the time to unveil the steps of converting Native Android and iOS apps to React Native apps. Take a moment to glance through the prerequisites of the conversion, followed by the steps of doing the conversion.

1. Begin with setting up the directory structure.

2.Install the dependencies of JavaScript.

3. Make sure to install CocoaPods.

2. Use iOS simulator for executive the React Native app.

3. Next, customize the styling.

4. Then, set up the icon and displayable name for the React Native app.

5. Run the React Native app on the device platform.

6. Creating a splash screen is the next step.

7. Publish your app to the App Store.

Steps to Build an Android App with React Native:

2. Allow the auto-linking of the native modules.

5. Next is the integration of code.

6. Test the integration of code.

What Should You Consider Before Integrating React Native? 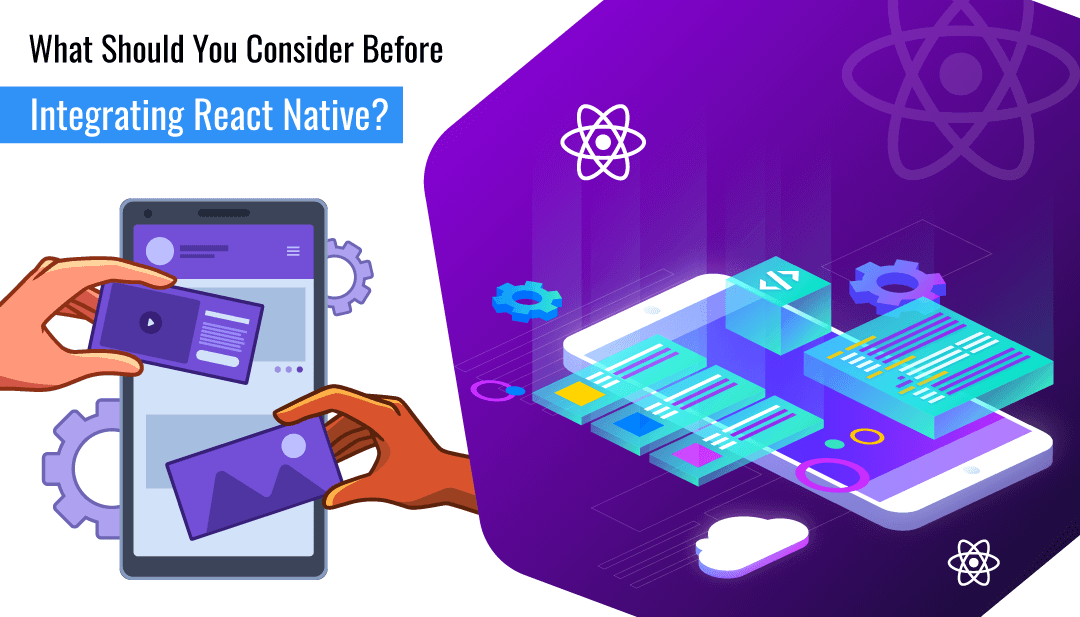 Right before jumping onto integrating React Native, consider the following points for executing the correct integration.

1. Prep up the React Native related dependencies and warm-up on the structure of the directory.

2. Use JavaScript to build the components of React Native.

4. Execute your application beginning with the React Native server.

5. Verify if the working of the React Native components is up to the expectations.

React Native is the most efficient framework for developing fully-functional cross-platform applications with less budget and in a lesser time. Though the prerequisites and steps are pretty straightforward, complexities might arise during the part of the execution. Dealing with such practical issues demands experience, dedication, and investment of time for learning the different aspects of React Native.

Collaborating with us, the top React Native app development company gives you a golden chance of leveraging all the latest technology stack into your dream mobile application and bringing out miraculous apps that perform far better than what you have expected. Contact Us Now! 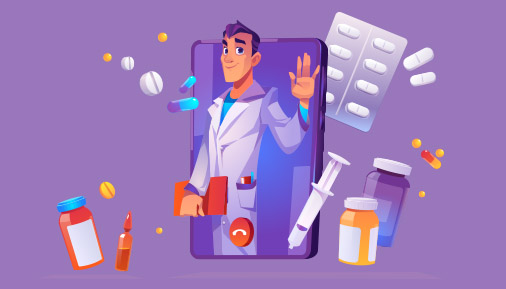 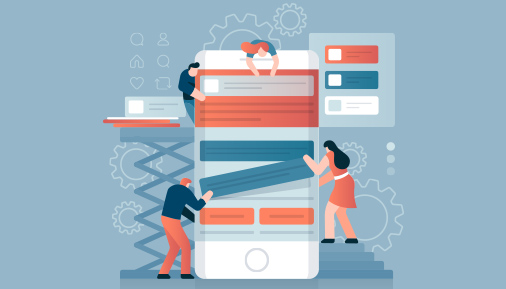